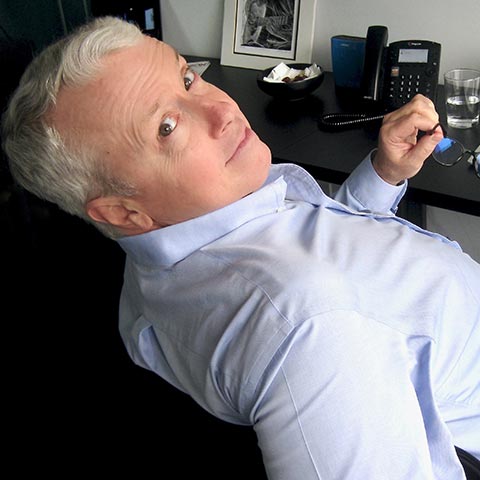 Jon leads Indelable, which helps companies in a broad range of industries build their brands, grow their markets and develop their organizations to meet business goals. A counselor, advisor and strategist, he brings insights and perspectives from his experience as a corporate executive, entrepreneur, journalist and author.

Jon co-founded Indelable in 2014 in New York City and serves as its president today. As founder and CEO of Ann Arbor-based Small Times Media in 2000, he spotlighted the emergence of micro- and nanotechnologies that have come to transform medicine, manufacturing and materials development.

Jon was an influential business columnist, Associate Business Editor and national writer at The Detroit News, where he had a wide following and won numerous awards for column writing, feature writing and investigative reporting. He was a frequent commentator on business and political issues on TV and radio, and hosted his own morning program on WXYT-AM. He was also a reporter for the Detroit Free Press as well as an advertising and promotional copy writer.

In the fall of 2020, Jon released his second novel, “Heirs on Fire,” a satire the New York Post called “Required Reading” and Kirkus Reviews said was “wickedly funny.” The story is a follow-up to Jon’s 2018 book, “A Turn in Fortune,” which was acclaimed by business executives for capturing life in the c-suite. More on his novels can be found at JonPepperBooks.com.

Jon has been active as a community leader, serving as Chairman of the Board of Governors for the 3,000-member Fairlane Club and eight years as an advisor to the University of Michigan-Dearborn. Jon is a graduate of Michigan State University and the father of three adult children. He resides with his wife, Diane, in New York City.